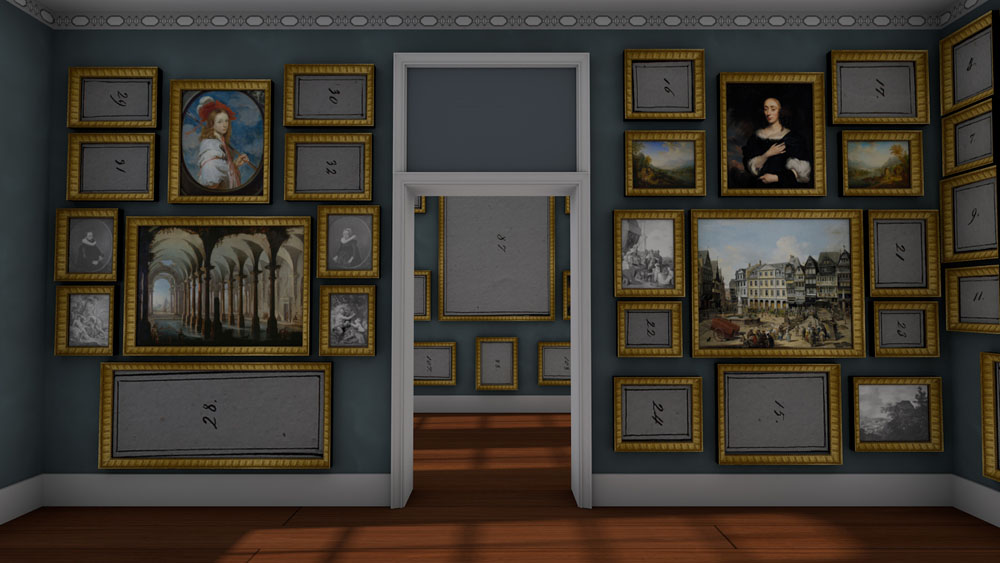 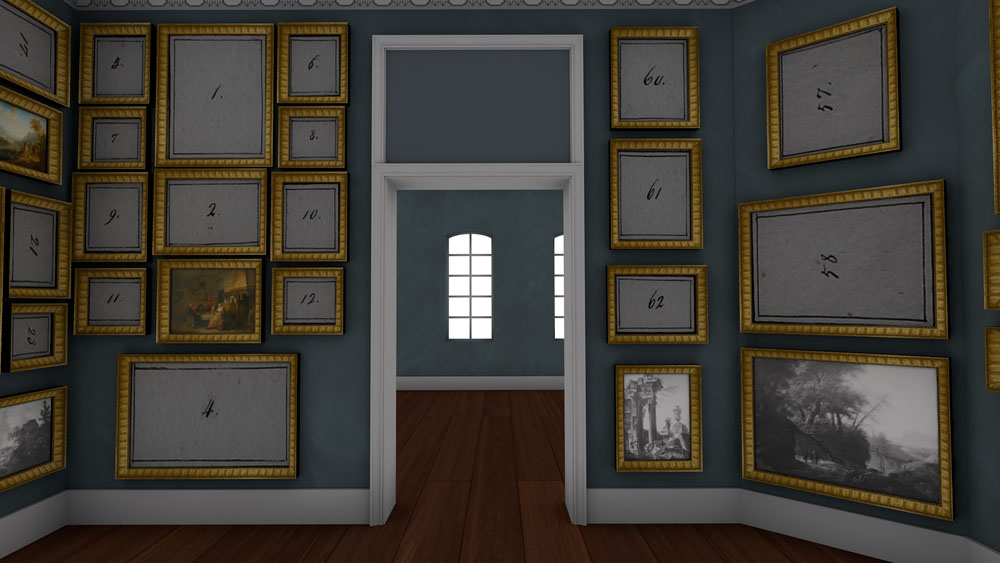 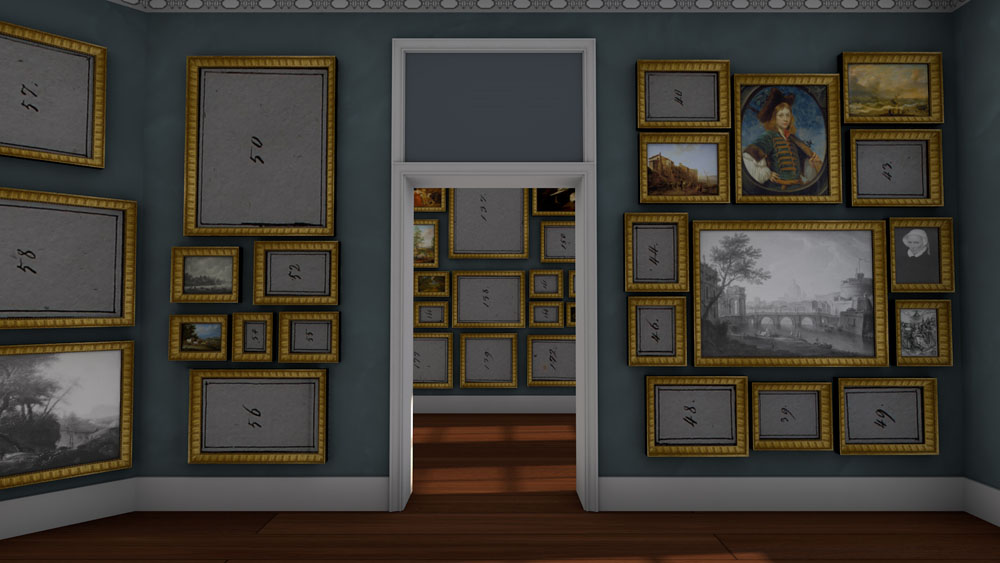 The largest, central room facing the Rossmarkt (“Chambre du milieu”) was furnished in a most illustrious manner. Placed between the windows were trumeau mirrors, while overdoors (“supraporte”) were set above the doors, all designed in 1783 by the Frankfurt painter Christian Georg Schütz the Elder (1718-1791). Exhibited in this room were mainly Dutch and Flemish paintings of the seventeenth century, as well as Frankfurt works of the eighteenth century. Added to these by Städel were some eighteenth-century Italian pictures. The eye-catchers were architectural pieces and vedutes of Rome and Frankfurt.

Portraits were a characteristic and recurring element in Städel’s presentation. They were placed in the upper register of the walls, usually arranged in the centre. The same system was used in galleries elsewhere in Europe, for example in the Schönborn Collection at Weißenstein Castle, near Pommersfelden. The centre of the wall was usually reserved for larger works with more highly regarded subject types, such as history paintings. In Städel’s collection, however, architecture paintings were presented as the main pieces of the room, through their placement in the centre. Grouped around these central eye-catchers were smaller landscapes and genre pieces. The chimney in this room was decorated with paintings as well.

Correspondences between the symmetrically designed walls could be established through pendants. These were paintings that had either been painted as pairs, or that were later grouped as such. Two Roman images that were regarded as works by Giovanni Paolo Pannini must have been bought by Städel as a pair (inv.-no. 27 and 38). These he combined with the “Römerberg”, a cityscape by his contemporary Christian Georg Schütz (inv.-no 14), as well as with a painting of Bentheim Castle by the Dutch artist Jan Wijnants (inv.-no. 58). Due to their respective sizes and subjects, both works were presented as counterparts to Pannini’s vedutes. Although they were hung on four separate walls, they formed a room-spanning unity.

By presenting the Frankfurt painter Schütz as an equal to the late Baroque Italian master Pannini, Städel may have attempted to heighten Schütz’s esteem. Slightly earlier, a similar tendency could already be found in the Palais du Luxembourg in Paris, where part of the royal collection had been opened to the public between 1750 and 1779. There, paintings by contemporary French artists had been combined with works by renowned Italian masters – with the expressed intention of increasing their esteem.