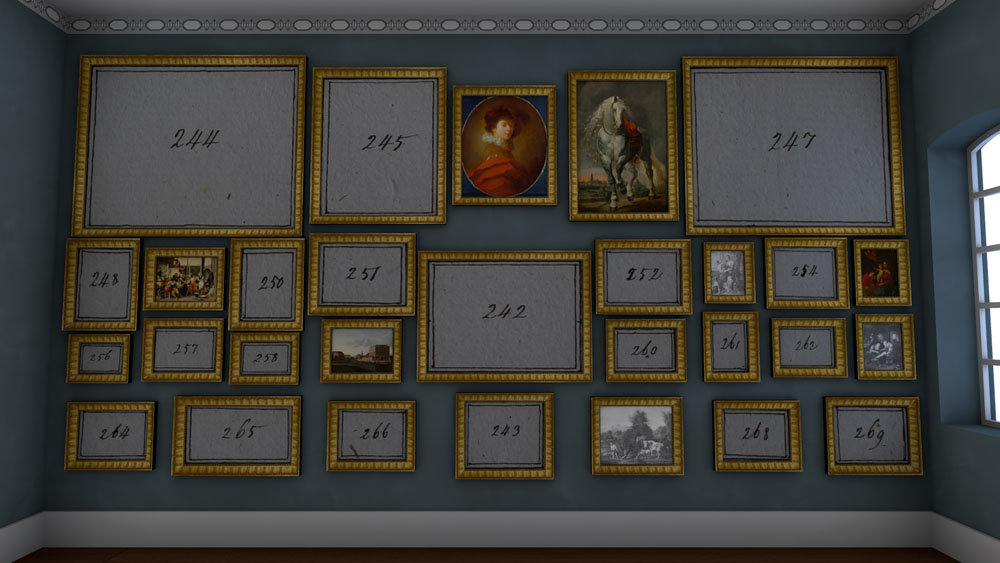 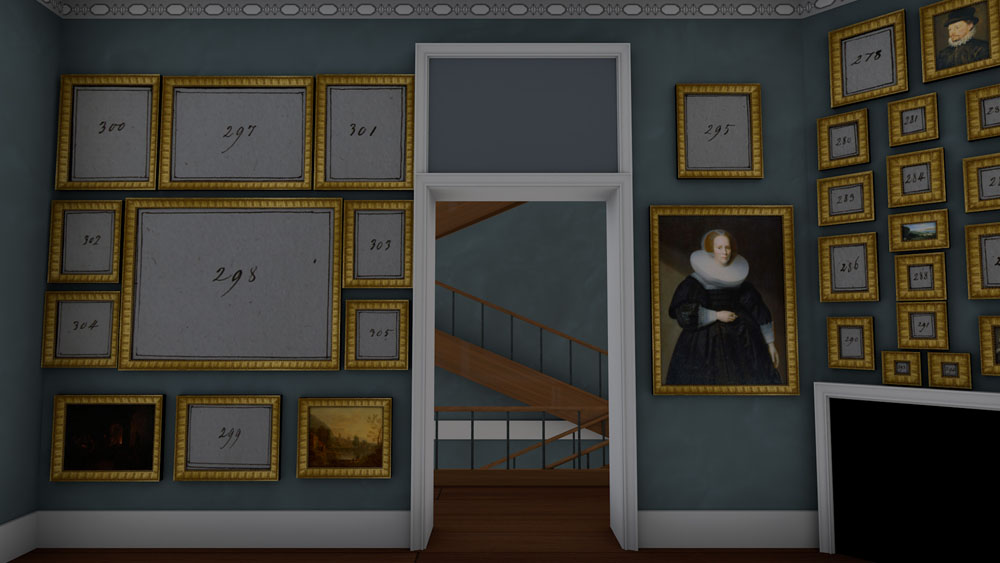 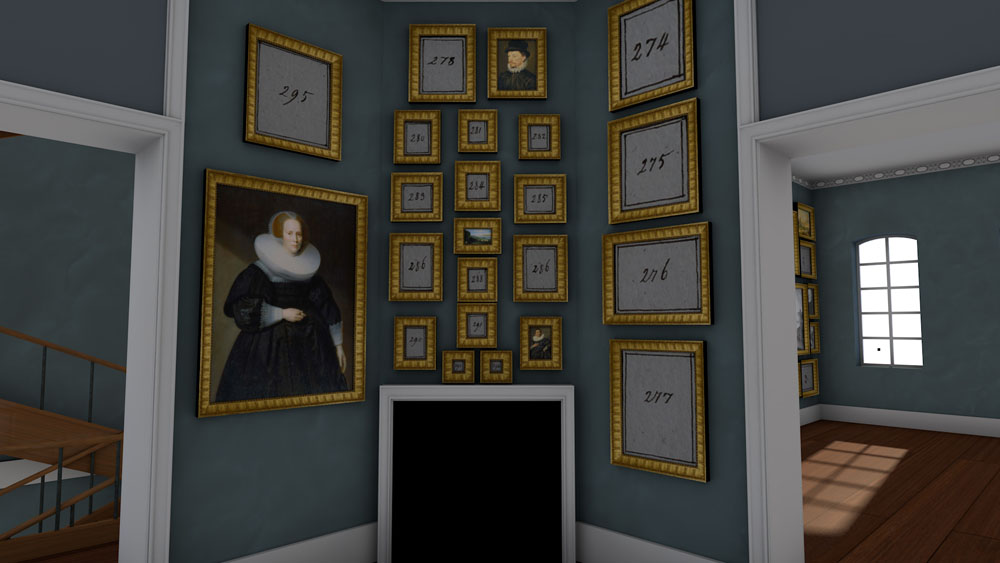 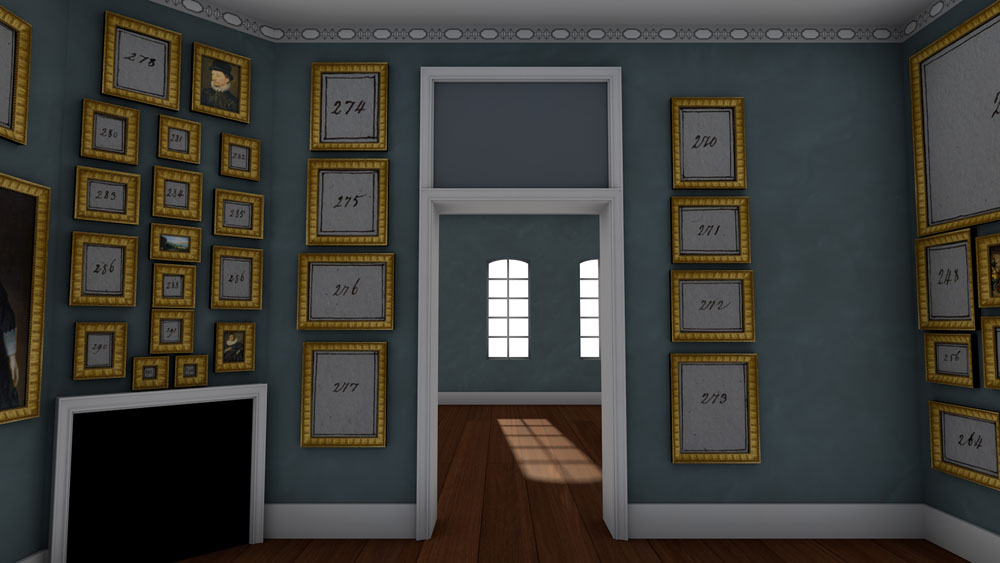 In the first of the gallery’s rooms, the same system of presentation that was initiated with the paintings on both sides of the door in the stairway was continued, namely the juxtaposition of Italian and Flemish painting, though here with a particular focus on Peter Paul Rubens.

The unbroken longitudinal wall, seen first by the entering visitor, was staged symmetrically. Hung on the central axis were a male portrait by the Frenchman Alexis Grimou, followed below by a biblical scene by “Bassano” and a painting by a pupil of Rubens showing an Oriental, an African, a Spanish, and a red-turbaned male figure in half-length (inv.-no. 241-243). In the corners, Städel had positioned (copies after?) Luca Giordano, which in the upper register flanked a Dutch genre painting and an image of a gray horse. This last painting Städel considered to be an autograph work by Peter Paul Rubens. The pairing of Italian and Flemish paintings was continued in the register with smaller-sized works: in the third row, on the right, a “Saint Cecilia” after Rubens and a painting by Simone Cantarini were presented as pendants (inv.-no. 253 and 255).

On the opposite north wall, a work by (or after?) Rubens, which Städel himself had described as a “Christ Healing the Cripple” (inv.-no. 298), occupied the centre of a painting tableau. The arrangement of the 17 small-sized paintings above the fireplace followed the principle of similarity and contrast: a presumably Italian depiction of a smoking man was for example contrasted with a Flemish image of a drinking woman (inv.-no. 280 and 282), while a “Venus Rising from the Sea” by the Bolognese Baroque painter Francesco Albani was combined with a Dutch livestock painting (inv.-no. 286 and 289). Yet, in this crowded arrangement French and German masters of the sixteenth and eighteenth centuries were represented as well.