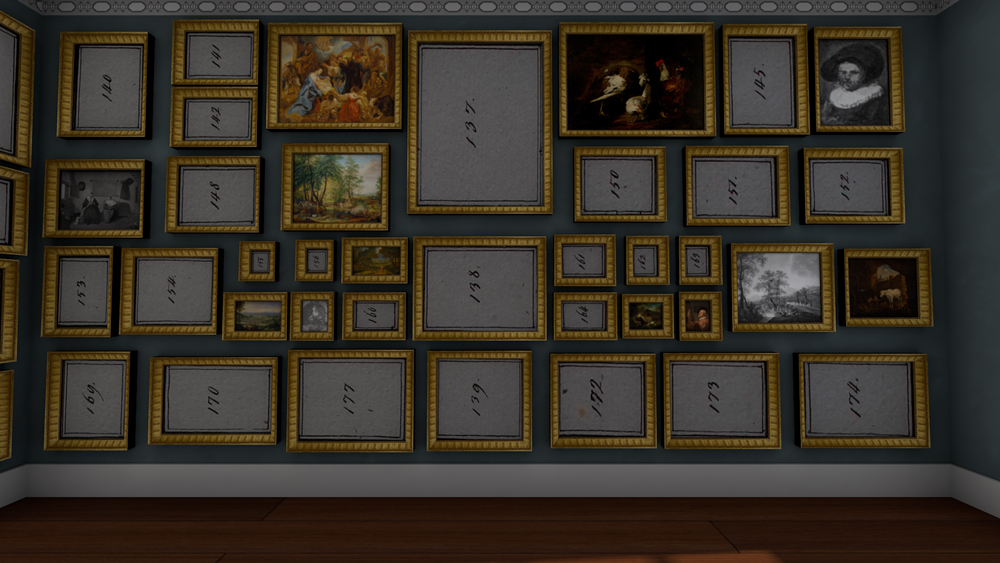 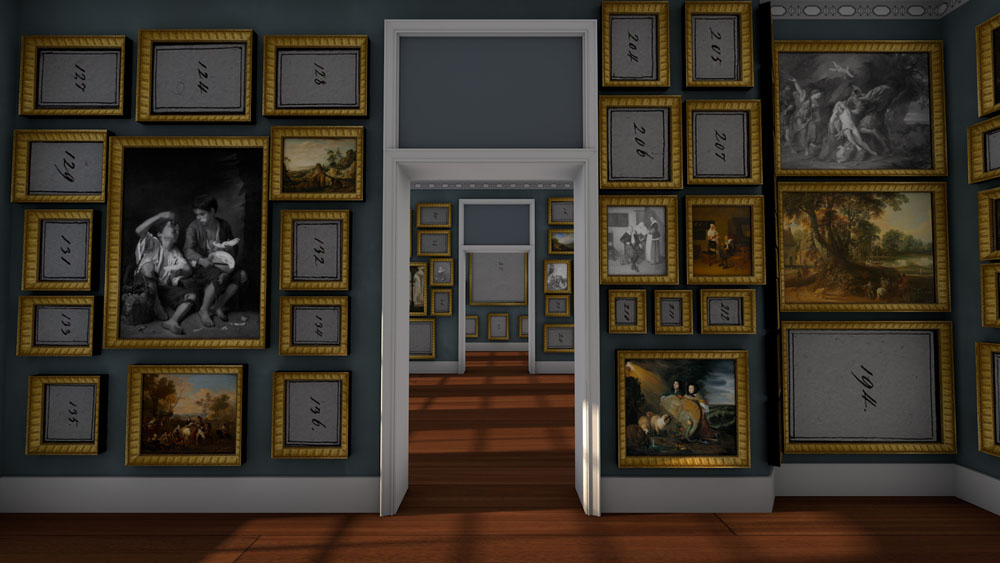 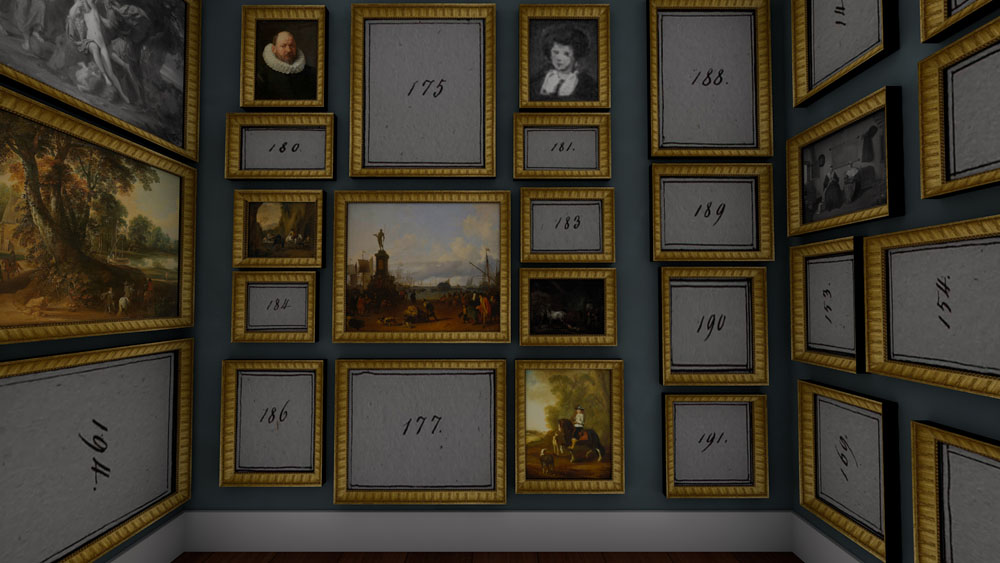 View to the Southeast 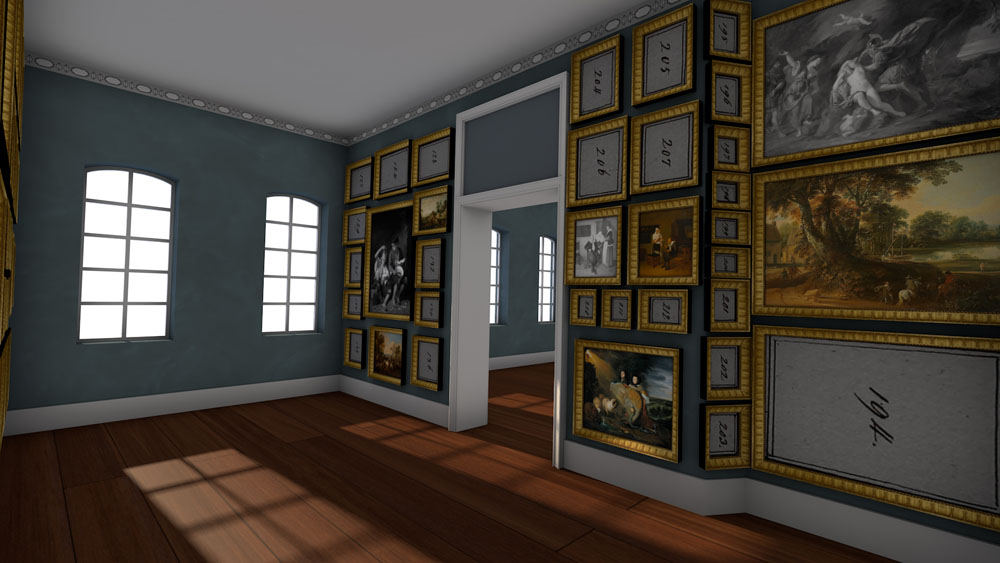 In the Room to the Left, on the northern side of the house, the west wall and the western section of the south wall were divided into multiple non-mirrored, thus independent divisions. Here, Städel had combined Dutch paintings of the seventeenth century with eighteenth-century Frankfurt paintings in the “Dutch fashion”. Two-thirds of these works consisted of landscapes and genre paintings.

Almost half of the 90 paintings shown here (which were considerably smaller than those in the other rooms) were works of the Dutch “Golden Age”. Added to these were a select number of larger Flemish pictures. Several German painters, such as Johann Heinrich Roos, Trautmann, and Schütz were represented as well, though only few Italians. The centre of the tableaux on the entrance wall on the left featured a copy of the “Beggar Boys Eating Grapes” by the Spanish painter Bartolomé Esteban Murillo – their presence underlined the importance of genre painting in this room (inv.-no. 125).

Städel created variety by combining Northern and Southern European paintings, for example through the juxtaposition of two female portraits: the first was regarded as a work by the Roman Baroque painter Sassoferato, the second as a portrait of Katharina von Bora by Lucas Cranach (inv.-no. 204 and 205). The blend of Christian motifs and animal paintings also show that, in the eighteenth century, combining different types of subjects was rather unproblematic – the “Adoration of the Shepherds” by the Fleming Jacob Jordaens was for example presented opposite a depiction of a “Poultry Farm” by the Roman painter Mario Nuzzi (inv.-no. 143 and 144). Already in 1750, the following was written about the royal collection in the Palais du Luxembourg in Paris:

“What a pleasure to look at all different kinds of painterly beauty in one instance! To consider in turn […] the delightful contrasts between the crude and the completed, the haughty and the sophisticated, the dark and the radiant. Would you not be extremely pleased to find portraits alongside poetic or historical compositions; landscapes and idylls next to Holy Families; characters from the Old or New Testament appearing alongside those of the Metamorphoses?” (Lettre 1751, pp. 6f., 15)

The motivation for this surprising juxtaposition was thus the interest in the sophisticated analysis of stylistic differences between artists and their works.

We assume that, when he had the building at the Rossmarkt modified to his own wishes between 1780 and 1785, Städel had a stove removed from the southwestern corner of the room. This is the only way to explain a curious anomaly regarding the hanging plan, which for the northern section of the room’s west wall provides three divisions with different widths: hung on the slightly recessed section were Gérard de Lairesse’s “Perseus and Andromeda”, as well as two landscapes by Jacques d’Arthois (inv.-no. 192-194), while nine small-sized paintings were positioned on the narrow projected wall surface that formed the connection to the remaining section of the west wall.